Meninges are delicate membranes surrounding the brain and the spinal cord. These membranes protect the brain by housing a fluid-filled space. In cases where the meninges are inflamed and infection took place either by viral, bacterial or fungal causes, meningitis takes place. Commonly, meningitis is bacterial or viral in nature and the infection started elsewhere in the body such as in the upper respiratory tract, the ears or in the sinuses.

Types and Causes of Meningitis

As mentioned above, meningitis is the inflammation and infection of the brain’s delicate membrane – the meninges. It can be classified as aseptic, septic and tuberculosis. Aseptic meningitis is referred to either viral meningitis or the occurrence of meningeal irritation is due to brain abscess, encephalitis, lymphoma, leukemia or blood in the subarachnoid space. When meningeal infection is caused by bacteria such meningococcus, staphylococcus or influenza bacillus it is classified as aseptic meningitis. If it is caused by tubercle bacillus, it is classified as tuberculosis meningitis.

Meningeal infection, bacterial in nature, tends to be contagious. Those that are caused by a virus are less severe and patients recover completely from the condition. The rarest form of this disease, fungal meningitis, only affects individuals with weak immune system.

Compared to bacterial meningitis, the viral type is less serious. The condition is caused by certain viruses even those that causes diarrhea. Most individuals affected with the viral type recover completely from the condition.

This is the rarest form and as suggested by its name, it is a fungal-related infection. It is rare among healthy individuals, however, immunosuppressed people such as those diagnosed with AIDS are more likely to become infected.

This is the most significant form of meningitis and the bacteria frequently accounted in 75% of the cases are:

Infection in this type of meningitis is transmitted via direct contact. This means that if an infected person coughs or sneezes, the bacteria can be transferred to another individual. Not all exposed to the bacteria develop the disease, some of them become carriers only.

Bacterial meningitis begins as an infection in the oropharynx then septicemia takes place extending to the meninges of the brain and upper part of the spinal cord. In normal physiology, the venous channels of the posterior nasopharynx, the middle ear and the mastoid drain to the brain. The enumerated parts are also located near the veins draining in the meninges, hence if any of them are infected bacteria can easily proliferate brain’s protective membrane.

As the organism enters the bloodstream, it causes meninges to produce inflammatory reactions. This results further inflammation to the underlying cortex and can cause thrombosis and reduces the blood flow in the cerebral area. Metabolically, the cerebral tissue is impaired due to meningeal exudate, vasculitis and hypoperfusion. Furthermore, this exudate may spread over to the base of the brain and even the spinal cord. Inflammation can also spread to the linings of the cerebral ventricles. The result is alterations in intracranial physiology manifested by cerebral edema, increasing permeability of the blood-brain barrier and increased intracranial pressure (ICP).

If someone in the family manifests the signs and symptoms of meningitis enumerated above, medical care should be sought right away. Although viral meningitis can improve without changes, the bacterial type is serious and progresses quickly. Delayed treatment can increase an individual’s risk to brain damage or worst death. 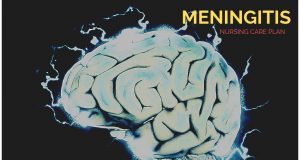