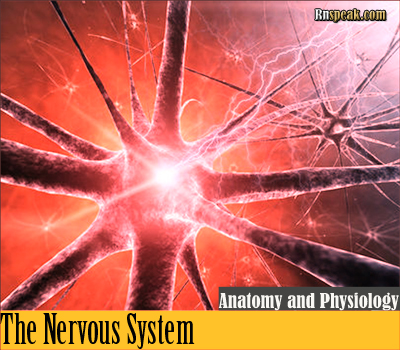 The neuron is one of the two main cell types in the nervous system. Their purpose is to transmit nerve messages while the other one, the Glial cells branch one neuron to another neuron and sometimes, these cells also surround neurons in order to conduct  in a faster way.

The Nerve Message
Nerve conduction is possible with the presence of sodium and potassium ions. Sodium ions are located outside the cells, while the potassium ions are in the cells. The action potential or the alteration the in the polarity of the membrane enables the nerves to send neural messages. In this manner, the sodium ions get into the cell, while the potassium ions get out of it. This happens for just a few milliseconds but in this way, the nerves send important messages for the body to react.

In delivering nerve messages, the synapses

The nervous system has three basic functions:
1. Accept sensory impulses from internal and external environments
2. Process the impulses into a meaningful message
3. Respond to the external stimuli or message sent

Basically, the Peripheral Nervous System has two components:
1. Sensory or Afferent pathways – Receives impulses from the outer environment
2. Motor or Efferent pathways – Sends signals to the muscles or glands

Somatic Nervous Systems
Somatic Nervous System includes the skin as the widest external organ to serve as receptor. The reflexes belonged in this system. Reflexes are checked by a medical professional but getting in contact with the skin since it has muscle fibers and glands called effectors that can give out reflexes when elicited.

In order to further understand this part of the nervous system, refer to the table below:

D. 1 The Brain
The brain initially forms as an anterior tube and then enlarges into three swellings. These are later known as the three major parts of the brain: the cerebrum which is responsible in the conscious state, the cerebellum which coordinates the muscle movement and balance and the medulla oblongata which is responsible for the heartbeat, breathing and blood pressure.

D.2 The Spinal Cord
The spinal cord is located at the back of the body. It serves as the intersection of the body and the head. It also serves as the pathway of the signals from the senses to the brain as it is covered with gray matter.

Cranial nerves composed neurons that connect to the muscles. They receive or retrieve nerve impulses from the sensory areas. There are 12 pairs of cranial nerves which must be remembered. Using the three mnemonics below, you will be able to remember it and know them.