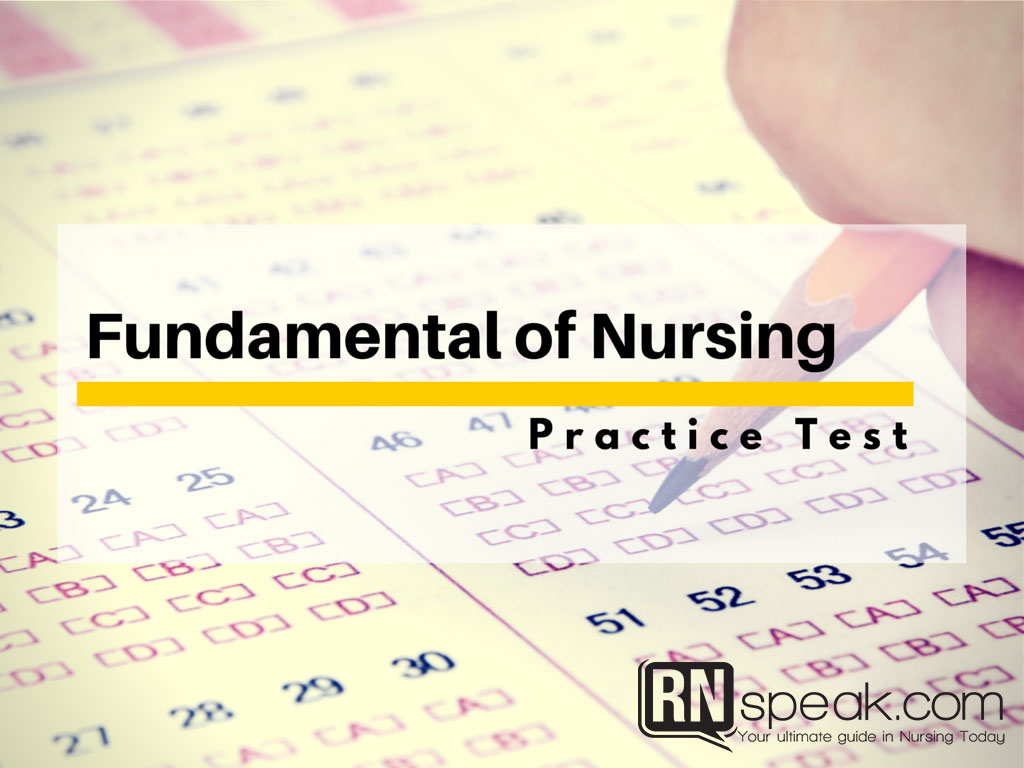 Test Instructions: This is a multiple-choice type of questions consisting of 35-items. Each question tests your knowledge on one of the basic subjects in nursing, i.e. Fundamentals of Nursing. They are objective type of questions which are based from the facts; it is very important to use your critical and reasoning skills. The rationales are included once you finished the set. If there are questions that have a similarity to other sources, the author doesn’t intend to do it; instead, she hopes to enhance your knowledge on the said area. The topics included are the following:

1. In performing a bacterial wound swab, why is it necessary to cover the wound with appropriate dressing?

a. It reduces the transmission of microorganisms.
b. Promotes patient’s comfort.
c. Facilitates wound healing, absorbs exudate, and reduces risk of bacterial colonization.
d. It decreases trauma to the tissue.

2. Which of the following types of burn injury is more frequent?

3. What kind of technique used for assessing the extent of burn that gives reproducible accuracy especially age-related cases?

a. Wallace’s “rule of nines” tool
b. Lund and Browder chart
c. Fitzpatrick’s Scale
d. Both A and B

4. Which of the following classification of burn injury that involves the muscle, bone, tendon and interstitial tissue?

5. Which of the following clearly describes a stage 3 pressure injury?

6. Which of the following is considered as a major factor in determining pressure injuries to patients?

7. Which of the following strategy is not essential in preventing pressure injuries?

8. Which of the following types of leg ulcer which is often painless?

a. Venous Ulcer
b. Arterial leg ulcer
c. Diabetic leg ulcer
d. Both A and B

9. All of the following describes the importance of using critical thinking except:

a. Nurses do not involve themselves in making important decisions.
b. Nurses use knowledge in a various field of study and subjects.
c. Nurses deal with change in a very demanding and stressful environment.
d. Nurses should use it to solve client problems and make a reasonable solution.

10. Nurses use the nursing process systematically in order to plan and provide the appropriate nursing care. Which of the following step in the nursing process where a nurse will continue, modify, or terminate the client’s plan based on the outcomes gathered?

11. There are various types of assessment use by a nurse which depends on the situation. Which of the following is performed during any physiologic or psychological crisis of the patient?

12. Obtaining data is a very crucial part in planning patient’s care. Which of the following types of data is also referred as the overt data?

13. There are different types of nursing diagnosis that a nurse can choose from. Which of the following types is considered as a client problem which is present at the time of assessing the patient?

a. It is realistic, sees life clearly, and is subjective about his or her observations.
b. Has superior perception, is more decisive.
c. It is self-centered rather than problem centered.
d. It is highly effective, flexible, spontaneous, courageous, willing to make mistakes.

15. Aside from Maslow, Kalish also presented a hierarchy of needs. Which of the following needs he incorporated or added to the five levels of needs by Maslow?

16. Which of the following describes a secondary level of prevention?

17. Health behavior change is a cyclical process where a patient progress in a series number of steps. Which of the following correctly describes the contemplation stage?

18. The definition of health is very complex and may consider a lot of factors. Which of the following models of health and wellness describes that a person is considered healthy as long as they can perform their roles in the society?

19. Agent-host-environment model by Leavell and Clark is one of the theories which is widely use in determining illness rather than promoting wellness. It is based on the interaction of three factors: agent, host and environment. Which of the following deals with the agent factor?

20. Sociologists use the term illness behavior to describe how an individual deals with his signs, symptoms, and medical regimen at the time of his illness or disease. Which of the following is not included in the four aspects of the sick role provided by Parsons?

21. Growth is the physical change and increase in size. Development on the other hand is an increase in the function and skill progression. Which of the following correctly describe the principle about growth and development?

22. One of the significant characteristics during the toddlerhood stage is the increase in psychosocial skills and motor development. Which of the following nursing implications is very important during this stage?

24. Erikson identified eight stages of development. He pointed out that during the early childhood, the central task should be autonomy versus shame and doubt. Which of the following is an indicator of negative resolution to this stage?

25. Cognitive development deals on ways in which a person learn to think, reason out, and use language. The cognitive theory by Piaget pointed out three primary abilities which are present in each phase. Which of the following deals with the process where an individual encounters and reacts towards new situation and using the mechanisms that they already have?

26. Which of the following maternal factors does not contribute to the higher risk of low birth weight babies?

27. Reflexes are normal to newborn; they are unconscious and involuntary responses. Which of the following infant reflexes is also known as the fencing reflex?

28. Which of the following psychosocial development stages is considered as the crucial crisis according to Erikson?

a. Autonomy versus shame and doubt
b. Initiative versus guilt
c. Identity versus role confusion
d. Trust versus mistrust

29. Nurses use different types of therapeutic communication techniques in order to build an effective relationship towards their patients. Which of the following techniques illustrates acknowledging the patient?

a. “You trimmed your nails today and washed your hands.”
b. “Your book is here in the drawer. It is not stolen.”
c. “I’ll stay with you until your mother arrives.”
d. “Tell me about…”

30. Learning is represented by a change of behavior. Which of the following learning theories where a nurse is seen applying a humanistic theory?

31. Andragogy is defined as the art and science use in teaching adults. Which of the following concepts can be used as a guide for client teaching?

a. An adult’s previous experiences can be used as a resource for learning.
b. As people mature, they move from independence to dependence.
c. An adult’s readiness to learn is often not related to a developmental task or social role.
d. An adult is more oriented in learning when material is use sometime in the future.

32. Nurses as part of the health care team can contribute largely on the health literacy of patients. Which of the following client behaviors will a nurse suspects that a patient has a problem in terms of health literacy?

a. No presence of pattern of excuses for not reading the instruction materials.
b. The patient will read the instructions instead of family members.
c. Pattern of compliance
d. Patient will insist that they already understand the information given to them.

33. A leader is someone who can influence others to accomplish a specific goal. Which of the following leadership styles that has a minimal leader activity level?

34. Delegation is the transfer of responsibility and authority to a competent person. It is a tool that a nurse can use in order to improve productivity. Which of the following tasks that should not be delegated to unlicensed assistive personnel?

35. Which of the following interventions that a nurse should not perform in patients suffering from hypothermia?

a. Cover the client’s scalp with a cap or turban.
b. Apply warm blankets.
c. Provide a warm environment.
d. Keep limbs far from the body. 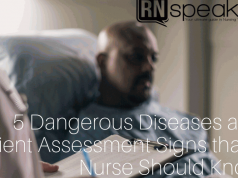 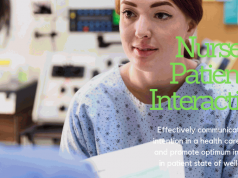 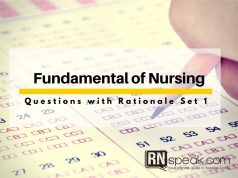 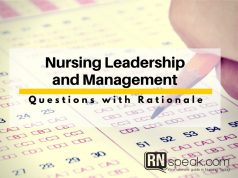