You’ve probably heard of this super famous person in the psychology world – Sigmund Freud. But did you know that Freud is not a psychologist rather a physician, specifically a neurologist. In 1885, Freud went to Paris to study hypnosis and this experience turned him to medico-psychopathologist. Psychoanalytic theory supports the notion that all human behaviors have meaning. This means that all behaviors is caused by something and can be explained. Childhood experiences and unconscious desires influence one’s behavior.

The Three Levels of Awareness

An individual’s personality have urges, beliefs, strives and instincts that one is not always aware of. That makes up the unconscious. The unconscious works without the person knowing it and this level of awareness includes most of the defense mechanisms, some instinctual drives or motivations. This part serves as pool of feelings, thoughts, urges and memories too. Mostly the unconscious contains unacceptable or unpleasant things such as pain, anxiety and conflict.

In contrary to unconscious, the conscious refers to everything that a person is aware of. It could either be a perception, a thought or an emotion that exist in the awareness of a person. For instance, feelings of sadness or happiness, or perhaps thinking about someone you love. This is the level of our awareness we think and talk rationally.

The preconscious is a realm representing ordinary memory. The thoughts and emotions, although not currently in an individual’s awareness, it may be retrieved with some effort when needed. Like for instance, a person is trying to remember the last name of his high school seat mate.

Sigmund Freud, compared these levels of awareness to an iceberg. The top of the iceberg (the one that you see) represents the conscious mind. The one you cannot see as it is submerged deep in the water is the unconscious. And the area submerged just below the water and is still visible represents the preconscious.

Components of Personality: The Id, The Ego and The Superego

Do you remember the cartoons you used to watch when you were a child? The hero or the main character is confronted with a choice – on his left shoulder a devil is pushing him to make a bad choice while on the right shoulder an angel is telling him do the right thing. The hero is stuck in the middle confused to choose a decision that will affect him. This scenario is much like Sigmund Freud’s Psychoanalytic Theory of personality. According to Freud, there are three personality components – the id, ego and the superego. In the scenario given, the devil represents the ‘id,’ the angel represents the ‘superego,’ and the hero represents the ‘ego.’

The id develops first, then the ego follows and lastly the superego. Let’s talk about the id first – it is a part of the biological personality reflecting the basic or innate desires of a person such as pleasure-seeking behavior, aggression and sexual impulses. The id develops right after birth and demands immediate gratification. It operates on our unconscious minds and it’s like the little devil sitting on the cartoon character’s shoulder that’s always selfish and needy. As mentioned earlier, it follows a ‘pleasure principle.’

Unlike, id, superego exists in three levels of consciousness. It is compared to that little angel in scenario above and is always concerned on what is acceptable socially. It pushes a person to obtain the ‘ego ideal’ or what an individual’s view of what is right. Furthermore, it represents the conscience or a person’s view of what is considered wrong.

Finally, the ego operates on your preconscious and conscious mind. It is part of your personality that makes decisions. In the example given, it is represented by the cartoon character. It is in the middle and it is the one that makes the decision and faces the consequences. It operates based on the ‘reality principle,’ where the desires of the id must be satisfied in a method that is appropriate socially and realistic.

According to Freud, conflicts taking place during the psychosexual stages can produce a lifelong influence on the personality and the behavior of the person. Through his clinical work with patients suffering from mental illnesses, he concluded that experiences and unconscious desires during the childhood period can impact behavior during adulthood. The basis of Freud’s childhood development circles on the idea that human behavior is driven by a fuel of energy called the libido or sexual energy. As he proposed there are five stages of psychosexual development children undergo which are: oral (birth to 18 months), anal (18 to 36 months), phallic or oedipal (3 to 5 years), latency (5 to 11 years) and lastly genital (11 to 13 years). If a person have troubles moving on to the next level of the psychosexual development, he either is stuck in this stage or may regress to an earlier stage.

Psychoanalytic theory was a hit during the first half of the 20th century. Many are inspired by his theory and used it as basis in developing their own. 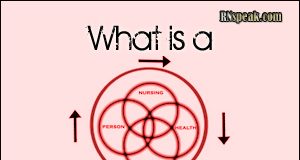 What is a Nursing Theory?