After the 4-year-Bachelor of Science in Nursing, one can opt to proceed for the Graduate Studies route. They can take up Master of Arts in Nursing (MAN) or Master in Nursing (MN). Both have the same choices of specialization such as Master in Medical-Surgical Nursing or Master in Public Health, so on and so forth, but the difference would be that MAN requires a thesis while the latter does not.

I’ve been told by my family to take up Master in Nursing after I passed the Local Nursing Board Exam. They said it’s the best time to take it up while I’m still young, and the nursing topics are still fresh in my mind.

Indeed, the offer was very tempting especially when I knew that the expenses will be 100% shouldered by my family. I’ve thought of it many times and found that it made sense to take it up while I’m still waiting for an opportunity to work abroad. More often times, I was also fascinated by the idea of adding the title MN at the end of my name. However, no matter how appealing it was, I knew I should not make any haste decisions. I knew I had to do my research first regarding the pros & cons of going back to school. I had to make sure if it really was what I wanted. Moreover, the ultimate question was would it be worth it?

My hunt for answers relied on 3 factors: expenses, time, and opportunity.

Even though I knew my family would pay for my studies, I also had to consider the amount of money they would have to take out of their pockets. I didn’t want them to run out of money in the long run because of me. Thus, I shopped for Universities that offered affordable tuition fees and the cheapest one I could only find was a public school located in a very not-so-friendly and unsafe province.

Even though Master in Nursing is just usually a year of study, time element was still very important to me. I didn’t want to get stuck in school for too long since I wanted to earn money already and eventually work outside the country.

We do our Post Grad or Masters in the hopes of career advancement and the key to more doors of opportunity such as becoming a clinical instructor and many more. However, base on the facts and enquiries, I strongly believe that it might not be a good idea at the time. A lot of schools closed down their Nursing department because student enrolees dropped significantly. Most of the clinical instructors were laid off while some were retained to do part-time work. There were even limited slots for work in the hospitals that resulted to exploitation of nurses.

After gathering all the data I needed, I have finally reached a conclusion on whether or not to take up Master in Nursing. I have no doubts of the prestige and career advancement it will bring to a nurse. However, I realized that the post grad route wasn’t what I wanted. Would it be worth it? – Two out of the 3 factors says otherwise. I guess it’ll be worth it for someone who’s already in the position; but not for a novice like me. Maybe in the future, I might pursue Master in Nursing, but for now, I’d just have to let it pass. 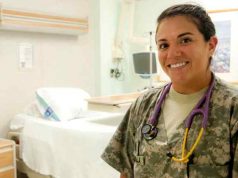