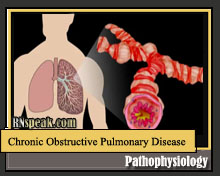 COPD or Chronic Obstructive Pulmonary Disease is the most common respiratory illness that has affected many. It is considered to be the 4th leading cause of death in the United States which has even tripled for the past decades.

The term COPD is often interchanged with COLD or Chronic Obstructive Lung Disease. They are sets of diseases which primarily causes impairment in the lung function due to chronic obstruction in the airflows of the lungs. This group of conditions being referred under this group mainly include chronic bronchitis and pulmonary emphysema. Other conditions are bronchiectasis, cystic fibrosis, and sometimes, asthma.

It is the inflammation of the bronchi causing increased mucus production and evidenced prolonged chronic cough.

It is a respiratory disorder observed to have alveolar wall damage leading to permanent over distention of air spaces – obstruction of air passages.